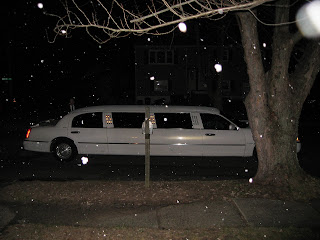 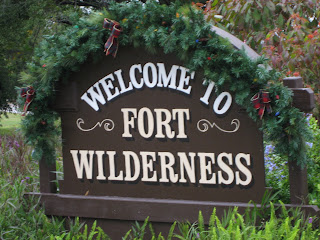 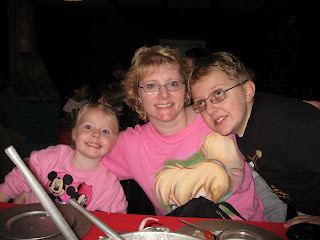 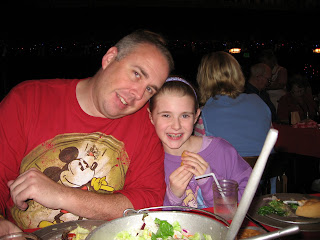 started bringing food to the table. The corn bread was to die for but after only a nibble Max was on his way to falling asleep at the table. At a loss for how to keep him awake Bob blurted out, “Come on, this show is all about bad jokes and you love bad jokes. But these are funny bad jokes I promise. In fact, if you don’t laugh at the show, I’ll pay you $20 when we’re done.” Max tried to work out an agreement where he could laugh but still get money but Bob could see that he was fully awake and working overtime to figure out how to get the money. The show was great and everyone, yes even Tracy, laughed and laughed. The food was great, Arvyn was great and the show really was a superb display of corny humor (where Roy Clark went wrong with Hee Haw I will never know ). Max attempted to renegotiate several times after small fits of laughter but during the Hokie Pokie when the red head (yeah, didn’t get those names at all) swung her hips and knocked a pan off the wall he completely lost it and just asked if he could still have the money :)
We made a stop at Super Target and Publix on the way back to the hotel and got in a little before 9 pm. The kids were in bed with most stuff unpacked by 10 pm. Tomorrow we’re heading to the Magic Kingdom for a very full day with an open of 9 am and a close of 8 pm. I have read that Max might be able to rest in the first aid room if needed but we meet with Guest Relations first to over things. We’ll certainly have more to report tomorrow.
Posted by Bob at 11:26 PM 3 comments: